A patient of macular hole with retinal detachment who improved after multiple vitrectomies Ref No:-10-01527

•       This 52 year old male, presented on 20-7-10, with sudden painless drop in vision in left eye since 20 days, and black patch seen in centre of eye. The BCVA in LE was counting finger 1 ft, < N36. There was PCIOL in situ, and fundus showed macular hole with retinal detachment. He underwent vitrectomy with silicon oil for the same on 29-7-10.

•       On 5-5-12, his vision in left eye dropped to HM. Fundus showed that macular hole was open, and there was inferior detachment with early PVR. On the same day he underwent revitrectomy for recurrent RD post SOR. However on 22-5-12, it was seen that macular was again open, and inferior fluid was present, which persisted and did not get absorbed.

•       On 6-7-12, he underwent 3rd vitrectomy with oil for recurrent RD. The was a fine epiretinal membrane over macula, which was removed during surgery. Following 3rd vitrectomy, the macular hole remained closed. On the last follow up on  17-8-12, the vision in left eye was CF 1 mt, and macular hole was closed. There was however shallow inferior retinal off, maybe due to PVR changes. 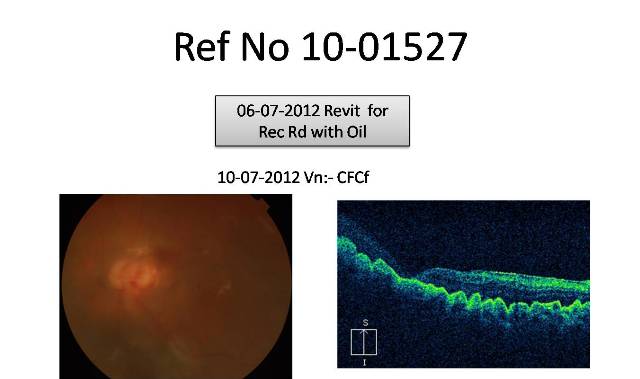 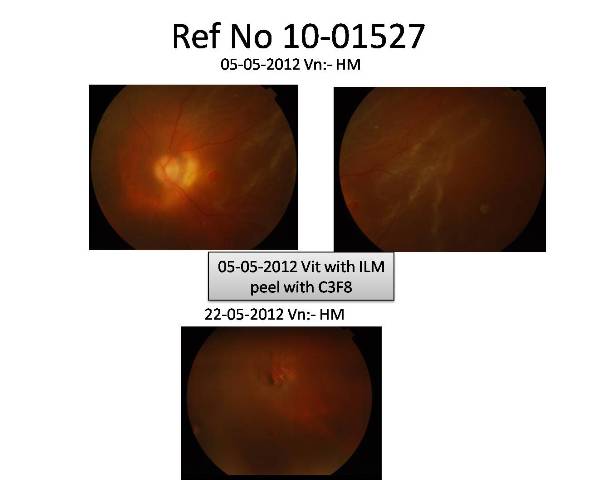 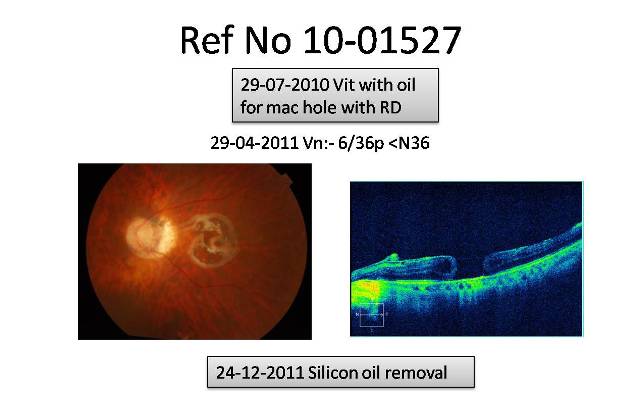