•       This 22 year old male presented on 8-12-11, with sudden drop in vision in left eye since 2 days. BCVA was CFCF, and fundus showed temporal retinal detachment with giant retinal tear.

•       He underwent vitrectomy with silicon oil and buckle on 9-12-11. Post op, it was seen that the temporal edge of the GRT had slipped from the buckle. On further follow up, the retina remained attached, but the slipped edge started getting lifted up. On 30-12-11, he underwent revitrectomy with oil, the edge of the GRT was cauterised and cut, and retina was lasered. Post op, retina was well attached and there was no slippage.

•       However, he subsequently developed PVR, which led to tractional retinal detachment nasally. On further follow up the detachment persisted, and on 6-7-12 he underwent 3rd vitrectomy for recurrent RD with PVR, with lensectomy. 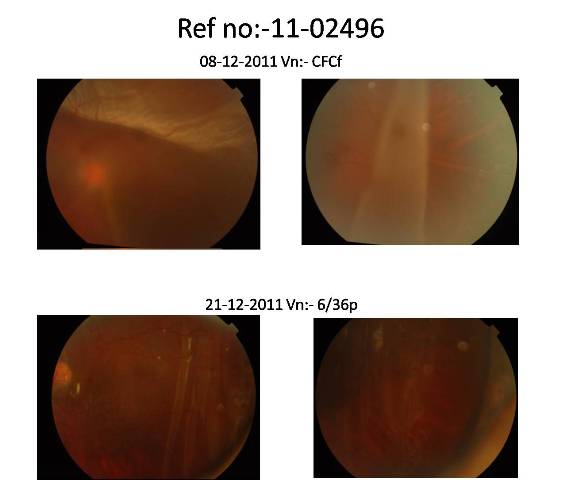 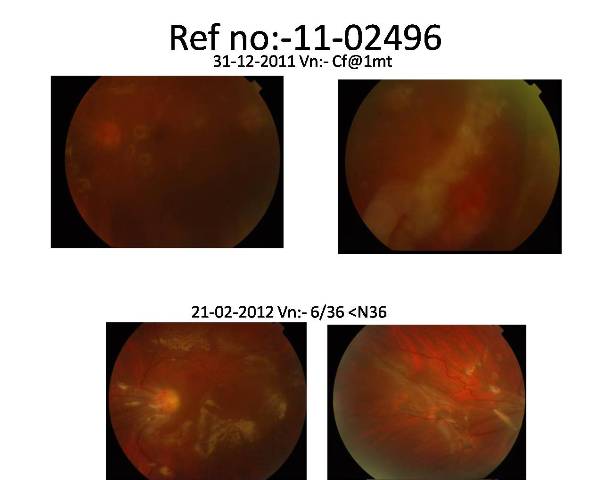