•       This 47 year old male, presented on 12-3-2011, with reduced vision in left eye since 1 ½ months. His BCVA was HM in right eye and CF 1mt in left eye. He was pseudophakic in both eyes, and left eye fundus showed lower temporal detachment.

•       He underwent scleral buckling on the same day, however had buckle infection 10 days later with inferior Retinal Detachment. Buckle was removed, but he had inferior fixed folds, and vitrectomy with gas was done on 11-4-11. recurrent inferior detachment occurred 2 weeks later, and he was operated for vitrectomy with oil on 2-5-11.

•       The retina remained well attached thereafter. He had a Posterior Capsular Opacity with emulsified oil on lens, so underwent posterior capsular polishing on 1-11-11, following which he had oil in AC, so oil removal was done on 6-2-12. However post oil removal, he had temporal detachment for which pnemoretinopexy on 17-2-12 and cryopexy on 24-2-12. On 28-2-12, revitrectomy with C3F8 was done.

•       This case illustrates that inspite of multiple surgeries, 9 procedures done in last 1 year, retina is well attached and good vision is maintained. 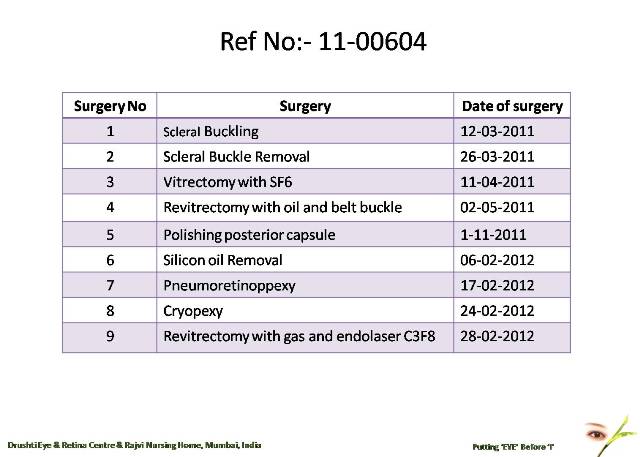 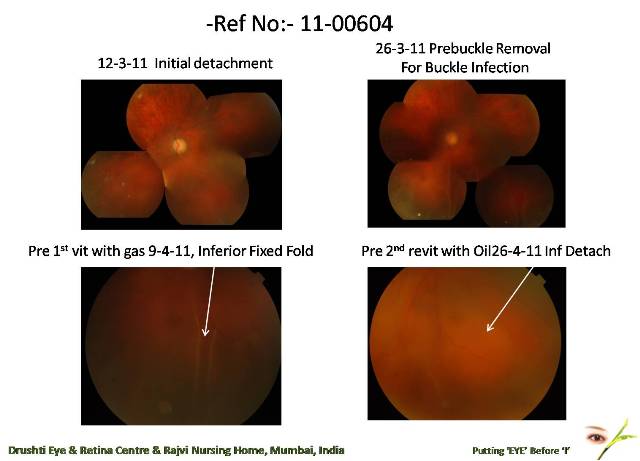 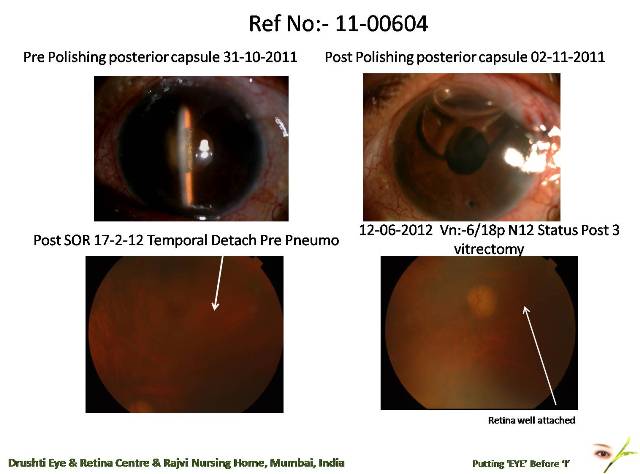